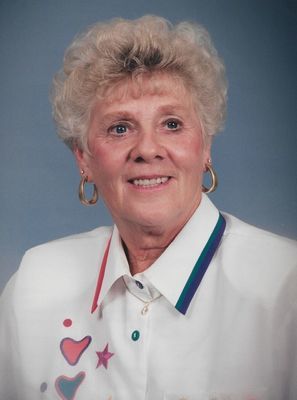 Care Center in Vandalia.
She was born in rural Ralls County in the St. Paul-Pleasant Grove

community on July 18, 1933, the daughter of James Fay and Mae Emma Gregg

Gay.
Survivors include: one brother, Jimmie (Jeanie) Gay of Perry; one

Willis of Cartersville and Matt Lane of Sedalia; and fifteen nieces and

Lane and Rose Lucille (Rosie) Willis; and one brother, J.D. Gay.
Ms. Watts was primarily a lifetime area resident, member of the

She worked for Stehle switchboard in Perry and the Perry State Bank.

Bell and trained the first male operator. She moved to Eldon where she

continued to work for Southwestern Bell until her retirement in 1987

after 32 years of service. Ms. Watts was active in church and civic

organizations. She was a volunteer for Eldon Community Food Pantry, Lee

House, the local school and Relay For Life. Her participation in

and golf. She enjoyed working with people, dancing, crafts and

flowers. She was a very creative person.
Pallbearers will be family members.
Memorial contributions may be made to Lick Creek Cemetery, Ralls

Treasurer Fitzpatrick Reminds Missourians the B...

Hancock to Graduate from Quincy University