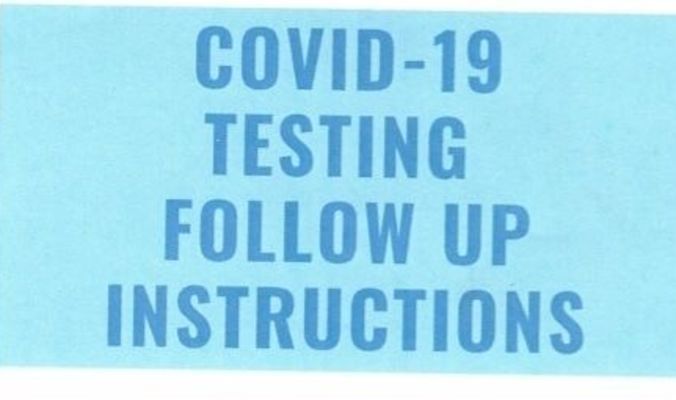 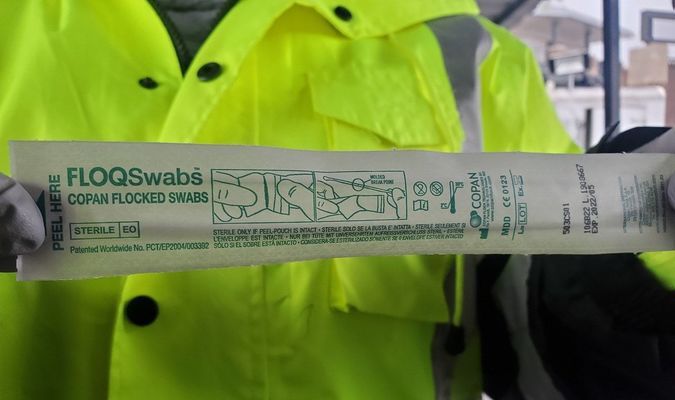 The United States is currently on watch for Coronavirus. Every day we are checking to see if the county that we live in has a reported case and breathing a sigh of relief when it’s not. Many of us are taking are taking recommended precautions of staying home and social distancing seriously but even when you think you’re doing the right things it isn’t always enough. This is how I ended up getting tested for the virus.

On March 12 my day had been going along as normal. I was working and running errands and doing classwork when I just felt completely wiped out and had a headache. I took my temperature and it was 101.4. I took some medicine and continued with my day.

The following day I made my way to the Appeal office and was talking to Janice about what had happened the day before. At that point I didn’t feel terrible and the fever had dropped to around 99. She showed me a news article about a woman who had the exact symptoms I did and had tested positive. I thought there was no way I had it. I only had a slight cough and a headache and a fever that seemed to spike out of nowhere. I thought it couldn’t be Covid-19. I’m a healthy woman in my 30s, and even if I did get the virus it wouldn’t affect me much.

On March 14, I decided it was best to see a doctor as I had been out among people and had been in the company of multiple people who had recently returned from cruises to locations that I did not know. I was told I was in a “moderate risk” category and there were simply not enough tests available in Audrain County to do the testing at that time.

I went to church the next day and we had precautions in place to avoid the spread of germs and felt nearly back to normal.
Then came Monday. When I woke up hurting everywhere, coughing and feeling short of breath I found myself asking how a freight train got into my room and hit me overnight. I went back to the doctor and the answer remained the same. Not enough tests, get a chest X-Ray.
The news of quickly multiplying cases and reports of the first deaths in the state came in a whirlwind all week. Meanwhile, I spent my time continuing to work from home, rest when I could, and shopping for the more susceptible people in my family. I felt exhausted and achy and sore everywhere from coughing in private, as I was holding them in as much as possible so people weren’t terrified of me in public.

On Saturday night, I felt like I was drowning when I was trying to breathe and did a virtual visit with Mizzou Healthcare. I explained my symptoms and a test at the mobile site in Columbia was ordered. The doctor told me that I should consider myself on social isolation until the results of the test were back.
I went on Sunday afternoon. There was no wait at the mobile site.

When I arrived, I was immediately greeted in my car by a woman wearing full protective equipment with a clipboard who asked my name and birthdate. I was required to show her my driver’s license and just held it up for her while she got the information she needed. I was told to roll up my window until they came back to complete the test. Around 5 minutes later, the woman who had the clipboard and a nurse returned with a nasal swab.
They explained the process, that the swab would go up my nose and it would be deep. They were correct. The test brought tears to my eyes. It was certainly uncomfortable, but I wasn’t expecting a massage going into it.

They told me it would be around 72 hours before I received the results and that I would be called even if the test was negative. Until then I was ordered to remain socially isolated as I am a “patient under investigation” for Covid-19. This feels like the longest three days of my life.

At the time this is being written, I don’t have the results yet, but I am continuing my social isolation until I know that I am clear of the virus and symptom free.
Through all of this I have had some time to think about the impacts this virus can have on the people around us. If you have a fever, feel short of breath or are coughing see your doctor as soon as possible. Most clinics are urging people with these symptoms to call first so arrangements can be made to protect others in the office. The test itself really isn’t bad, it is uncomfortable but it only lasts a few seconds.

All of the staff at the Monroe County Appeal are wishing everyone well. Stay safe, enjoy some downtime and remember this won’t last forever.

UPDATE: the Covid-19 test was negative

Test Fields For SCN and Test Your SCN IQ