Rehabilitation Work to Begin on U.S. 24 Bridge in Monroe County 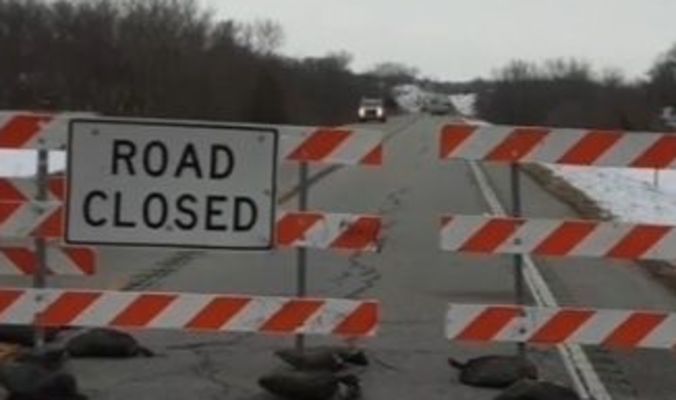 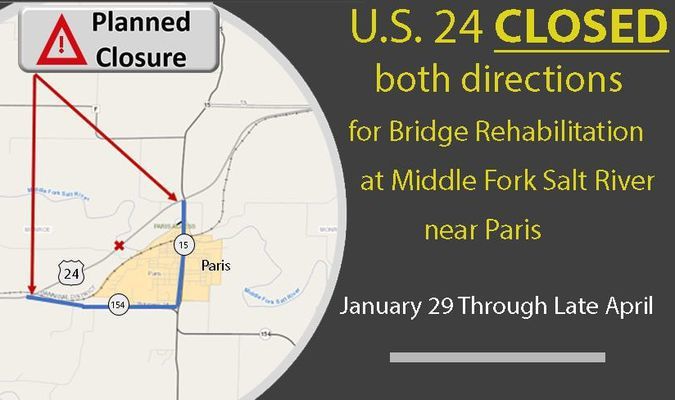 Motorists will begin to see activity on U.S. Route24 as crews prepare to begin work on a bridge rehabilitation project on the Middle Fork Salt River located one mile west of Missouri Route 15 near Paris.

Currently, Magruder Paving, LLC plans to close the bridge on January 29 at 7:00 a.m., weather permitting. The closure is expected to last through late April. There will be a 3.5 mile signed detour in place as traffic will be routed onto MO 154 and MO 15. "While the underside of the bridge is in good condition, the deck is in need of replacement,” said Missouri Department of Transportation Area Engineer Brian Untiedt.

U.S. 24 will be CLOSED in both directions at the bridge over Middle Fork Salt River near Paris. ALL U.S. 24 traffic will be diverted at Paris Signed detour over Rtes 15 > 154 Expect delays on the detour route through Paris.

The bridge, which was built in 1967 and carries 1,605 vehicles daily, will receive a new deck and guardrail as part of the project. This bridge is included in Gov. Parson’s “Focus on Bridges” program passed by the Missouri General Assembly during its 2019 session. The program appropriated $50 million in state general revenue to fund 45 high priority bridge projects throughout the state.

The contract for this project includes two additional projects for the resurfacing 39 miles of U.S. 24 from Monroe City to the Randolph County line and was awarded last fall to Magruder Paving, LLC in the amount of $7,223,865. These projects are not currently scheduled, but are expected to be completed this year.

Please remember to obey all work zone signs and personnel and put down your cell phone to help eliminate distractions. Be in the know before you go! Get emails about road work that’s happening on the roads or projects or counties you want by subscribing to MoDOT’s e-update service! If you want to know about road closures via text, you can sign up for that service, as well! Go to e-updates now!

Morris and Crigler to Wed 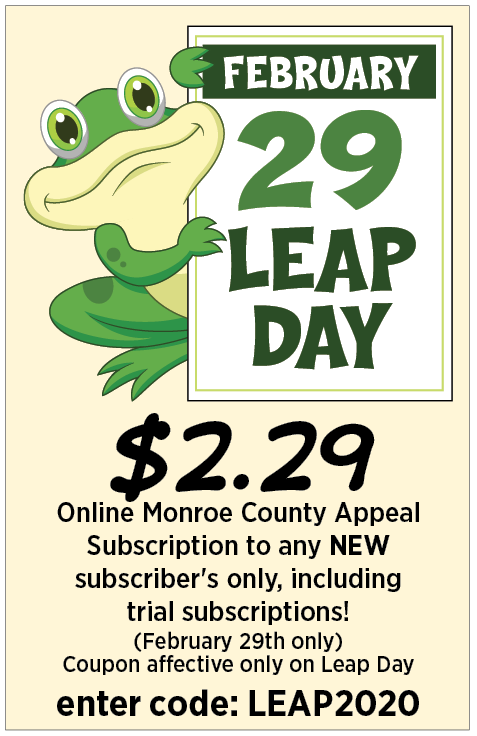