Covered Bridge Cameras Do Their Job 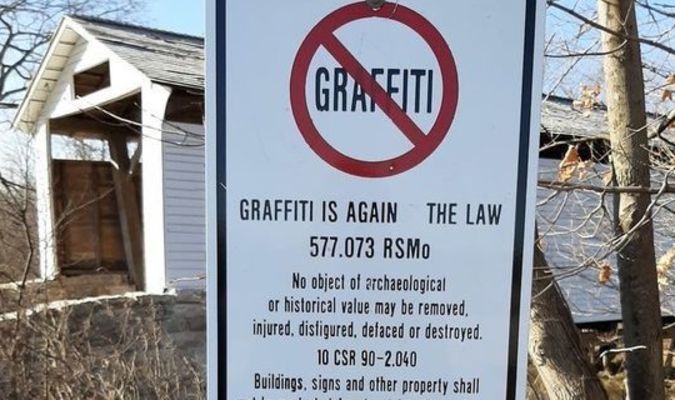 With the help of the media and public, the suspect responsible for the graffiti vandalism at Union Covered Bridge State Historic Site was quickly identified.

The suspect is a juvenile who resides in the state of Texas. As such, his identity will not be released.

Juvenile authorities in Monroe County were notified, and are working with us through their system to achieve restitution.

The Missouri State Park Rangers would like to thank all members of the media and public who shared the news of this incident, which quickly led to the clearance of this crime.