A Welcome Home a Vietnam Vet will Never Forget 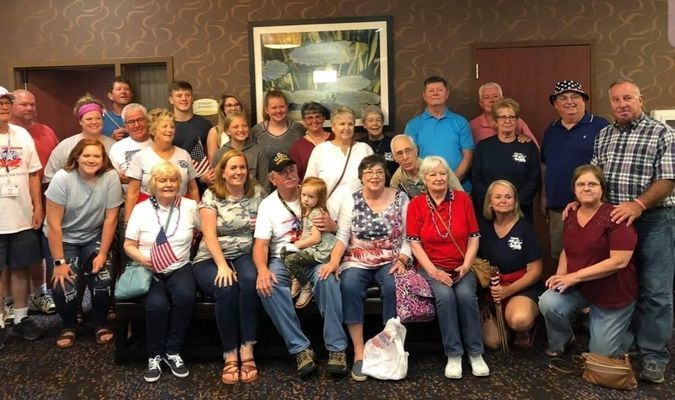 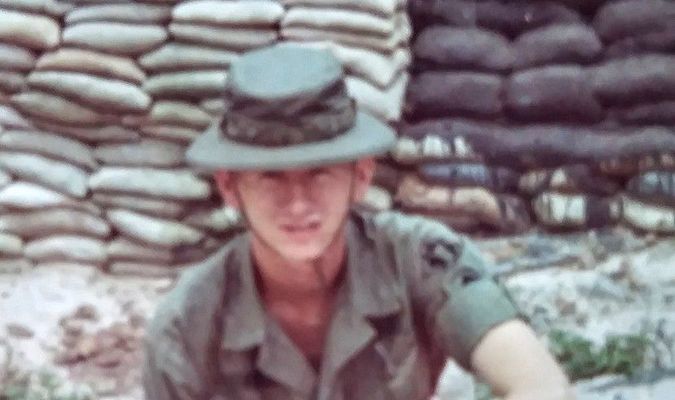 Pat Kelly while serving in Vietnam War
Previous Next

“The Honor Flight is an opportunity any service veteran should experience and I strongly encourage if at all possible to go,” said Pat Kelly of Paris, Missouri.

Pat left his hometown to enlist in 1967 and served in the Vietnam War from June 1968 to August 1969 as an E5 Combat Engineer, Heavy Machinery Mechanic.

Pat heard others talk about their experience on the Honor Flight and decided to go and find out what all the talk was about for himself. He certainly is thankful he went on Honor Flight #58 on June 18, 2019.

Everyone met in Columbia on June 17 and flew out of St. Louis on June 18 into Washington D.C.. Pat’s flight had 110 veterans on board; five served in the Korean War and 105 served in the Vietnam War along with 60 volunteers and guardians to assist each veteran to personalized needs throughout the entire trip; and three professional photographers. Pat was the only veteran from the Paris area.

The Honor Flight members were welcomed to D.C. with people lining the airport to shake their hand and thanking them for their service.

During the course of the day, the group visited all of the Memorials and Arlington National Cemetery.

On their way home, all vets were given ‘mail’ which were letters from home and a total surprise to all. Pat was in tears reading all of his letters, especially the letter from his daughter.

Vietnam soldiers were not welcomed home after their service; nor did they get any of the welcoming home experience like other war vets have received. When Pat said it is a ‘healing process’, it truly is because Pat received the ‘welcome home surprise’ like he deserved all those years ago when coming home from his Honor Flight trip.

Pat’s wife along with 25 of his family and friends welcomed him home at 9:30pm June 18 in Columbia.

After a meal and presentation show later given to the vets in Columbia, Pat saw a photo of his hand and his letter he was reading from his daughter on the airplane, in the photo slide show. “I made them stop to make sure I saw what I thought I was seeing. It’s really touching what details were captured,” said Pat.