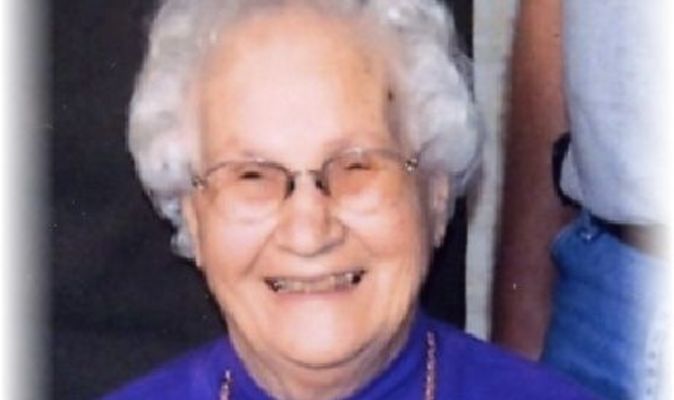 Dorothy Wilkerson, 89, of Paris, passed away at the Monroe Manor Nursing Home in Paris on Saturday, April 13, 2019.

Mrs. Wilkerson was born on October 16, 1929 in Monroe County, the daughter of Leslie and Ethel (Gregg) DeOrnellis. She married Ralph Wilkerson on July 20, 1952, in Monroe County. Being a lifelong resident of the county, she was employed by Henderson in Monroe City for several years. Dorothy and her husband were co-owners of Wilkerson Brothers Quarry and owned a small farm near Santa Fe, Missouri. She was a member of the Santa Fe Christian Church. Dorothy cherished her family and church family. Mrs. Wilkerson also loved singing county and gospel music, the St. Louis Cardinals, and her chickens and cows. She enjoyed gardening, canning, cross-stitching, and quilting.

Funeral Services will be held at 2:00 p.m. on Wednesday, April 17, 2019 at the Agnew Funeral Home in Paris with Reverend Bruce Guile officiating. Visitation will be held on Tuesday from 5 to 8 at the funeral home. Burial will be at the Walnut Grove Cemetery in Paris.

Memorials may be made to the Monroe County Cancer Supporters or the Santa Fe Christian Church.