Sixth Annual Battle of the Cuffs Held on Saturday 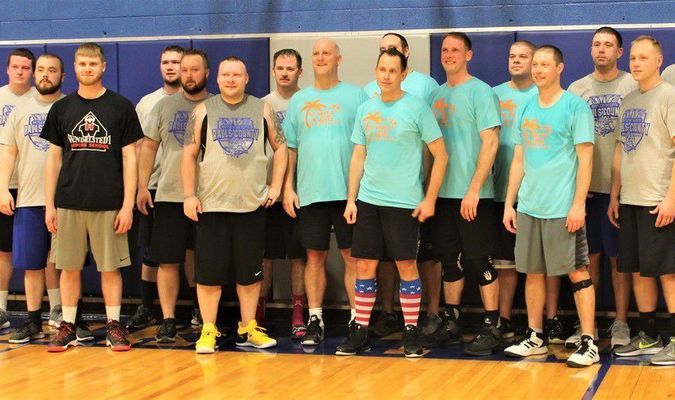 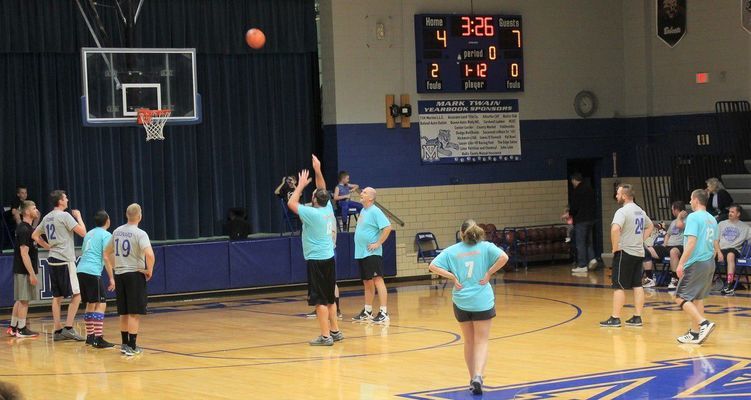 The sixth annual Battle of the Cuffs Basketball Game was held on Saturday, February 2nd at Mark Twain High School. The event began at 6:30 pm with a battle between Monroe County and Ralls County area law enforcement.

Although Ralls County hosted the event for the first time this year, having home court advantage still was not enough to beat the nearly undefeated law enforcement team of Monroe County. Even still, the teams appeared well matched. In the first quarter, Ralls County trailed Monroe County by only a small margin; the score was 6 to 10. Then, Monroe had 21 points at halftime with Ralls just behind by 5 with 16 points.

At the third quarter, Monroe had carved out a sizable lead over Ralls and they lead by 16 points; Monroe was at 42 points and Ralls was at 26 points. The game finished at 54 points for Ralls, 58 points for Monroe, with an electrifying three-point shot by Ralls County #3 Eddie Landis to finish the game at 2.0 seconds remaining. Named MVP this year was Monroe County’s #33 Steve Peterson of the Missouri State Highway Patrol.