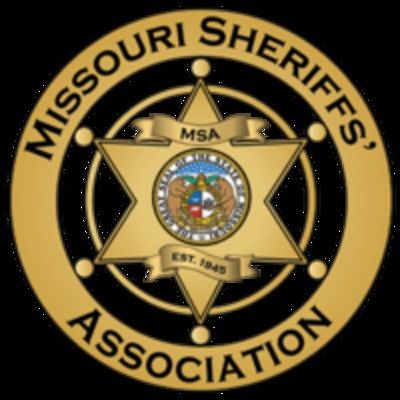 Missouri State Auditor Nicole Galloway published false assertions in her official report regarding the oversight and control of the Missouri sex offender registry program that incorrectly placed law enforcement in a negative light. The Auditor's numbers and information just don't add up.

First, the Missouri Sheriffs' Association contacted all sheriffs in Missouri who in turn stated they were not contacted by the Auditor or her staff to discuss the issue of registration of sex offenders. Previous auditors, showing respect, contacted local sheriffs who in turn provided input and expertise into the administration of the sex offender registry. Had this auditor done her due diligence, as did previous auditors, she would have uncovered the truth behind the numbers of offenders she alleges are unaccounted for in Missouri.

Second, the Auditor's assertion that the Missouri Sheriffs' Association declined to provide a response to the issues noted in her report is a flat out lie. Prior to the audit findings being published, I personally met with Audit Manager Joshua Allen from the auditor's office on July 19, 2018 in my office at the Sheriffs' Association in Jefferson City. I shared factors that could influence the low totals of outstanding warrants for noncompliant sex offenders. We discussed certain enforcement and prosecution priorities as well as various reasons contributing to warrants not being obtained for noncompliant sex offenders.

At the conclusion of her audit, neither the Auditor nor the Auditor's designated representative shared a copy of a draft report of the audit with either the Sheriffs' Association or any sheriff. Instead, Auditor Galloway rushed her report to the press without an opportunity for sheriffs to discuss the draft or to review and rebut the false assertions of her final report and findings. This failure to communicate her findings shows callousness for law enforcement and a total misunderstanding of the basic concepts of a criminal investigation.

Third, sheriffs of Missouri take this matter very seriously. The failure of a sex offender to register as required is a crime and handled with the same protocols as with other crimes. If a sex offender fails to report upon moving, a criminal investigation must be started and evidence must be obtained to provide the prosecutor with sufficient evidence to initiate charges. The Constitution requires no less for this and other serious crimes.

Lastly, the numbers asserted by Auditor Galloway just don't hold up under review. Had she simply contacted the sheriffs for input before releasing the report and not rushed to judgment, the Auditor would have discovered the number of those she asserts to be unaccounted for simply is not true. Some offenders are in prison and accounted for, some have passed away and accounted for and many others are in the process for criminal prosecution which requires an investigation, evidence to obtain a warrant and then interaction with the prosecutor and the Circuit Court. For instance, of those in Lawrence County who the Auditor says cannot be located:

3 offenders are in custody of the Missouri Department of Correction; 1 moved out of state and is no longer required to register in Missouri; 1 is deceased; 3 have active warrants for failure to register; 3 have active investigations and warrants will likely be issued soon; 1 has information sent to PA awaiting warrant issuance.

Other counties have similar information that refutes the Auditor's false claim that these offenders are simply hiding in Missouri without a trace. The audit report is written to make it appear Missouri sheriffs and prosecutors are not doing their jobs. It shows a disregard for and a complete misunderstanding of the important role these offices play in Missouri.

When I asked which sheriffs the Auditor contacted to confirm data prior to publishing her findings, the Auditor's office hid behind state statutes stating it would not release information related to the Audit. Previous auditors published who they contacted in their reports. If the issue is really one of ensuring the sex offender law is properly enforced, it is imperative that the auditor's office exhibit nonbiased reporting in an open and transparent manner.

I encourage anyone who has concerns or questions about sex offender registration to contact their local sheriff.